Study: Government regulations often hurt, rather than help the poor 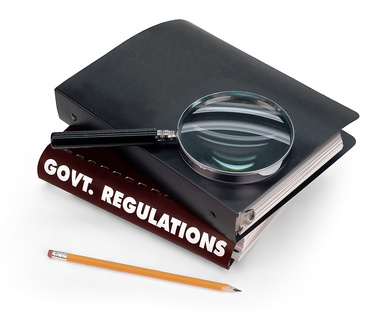 There are a lot of government programs that try to help the poor. But unfortunately many other government actions that do just the opposite.

A recent study from the Mercatus Center at George Mason University listed three general ways government interference actually hurts, rather than helps the poor.  Here are the main points:

These are laws that require a person to jump through governmental hoops in order to offer a certain professional service or open a certain type of business. State governments require licenses for nearly three out of 10 workers in the United States today. In the 1950’s, only one in 20 workers needed licenses.
Typical requirements can include having to pass a test or spending a great deal of money on classes and/or fees – sometimes hundreds of dollars. And that time and money spent just to get a professional license is only part of the problem for poorer people looking to break into the business world.
Another problem is that once you get a business license, whether it’s to braid hair, sell hot dogs from a vending cart or drive for Uber, you are under the watchful eye of government regulators. Government regulatory boards are typically made up people in the same business. Therefore, they see new entrants to the market as competitors rather than job creators and often act to squash, rather than encourage competition.
Zoning.
These are laws typically enacted so businesses don’t interfere with neighborhoods and homes. But as researchers point out, these types of laws are often used to keep business competition out, rather than allowing opportunity in.
“In Chicago, for example, all businesses must have a basic business license that costs $250 for two years, and violating this law can cost hundreds of dollars per day. Those attempting to renovate a building or operate a business out of their home must complete an application process controlled by the Department of Zoning. Even getting permission to change a sign may require dozens of forms.”
This results in lost job opportunities for people and their families who might otherwise have a better path to financial control and independence.
Regressive Taxation.
You may have heard the term “sin taxes.” These are what Mercatus Center describes as taxes on certain things that affect lower-income households much more than their wealthier counterparts. Government imposes these taxes in hopes of changing people’s behavior. Instead, as we see with so many other government rules, the unintended consequences end up hurting the very people these rules aim to help.
We already pay so called sin taxes on things like alcohol and tobacco. But some policymakers are pushing for similar taxes on sugary drinks and fatty foods. But researchers show us that so far, behavior doesn’t seemed to have changed much, meaning the higher taxes are not discouraging people from drinking alcohol or smoking cigarettes. So the poor spend more of their disposable income on these goods than do the rich, meaning poorer Americans have less spending power.

Politicians and others like to say these types of government interference are for our own good, or to protect us. The reality is, they strip away the economic freedom needed for people who otherwise may start a business and create jobs. And this hurts all of us through fewer jobs created and fewer choices in goods and services available to us.