New Weapons are in the Works to Fight Government Overreach

Far more federal rules come from unelected bureaucrats at federal agencies rather than from Congress. But policymakers could get some new weapons in the fight against such overreach.
January 5, 2016  | Government Overreach
Facebook Twitter Google+ Email en español 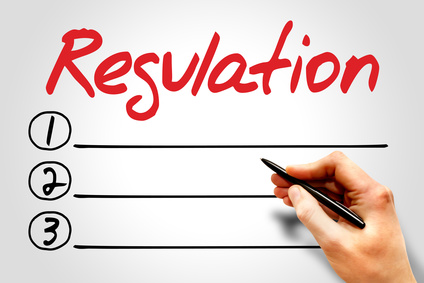 According to the pollsters at Gallup, Americans think government is the nation’s top problem – ahead of even the economy, healthcare and unemployment in 2015. It’s not difficult to see why, when you consider that our federal government is responsible for a regulatory regime that has grown to a record of more than 82,000 pages in the Federal Register at a cost of around $2 trillion per year. What’s worse, is that far more rulemaking comes from unelected bureaucrats at federal agencies rather than elected officials in Congress.

The Competitive Enterprise Institute calculated that Congress passed some 87 laws in 2015, as compared to 3,408 rules and regulations issued by federal agencies and bureaus. That’s around 39 rules and regulations for every law. 548 of those new rules affect small businesses, and may in turn impact employees and paychecks.

Even though Congress hasn’t made the majority of government rules, it has the power to stop some of them.

The 1996 Congressional Review Act allows Congress to review and overrule major federal agency regulations that would cost our economy $100 million or more per year. (35 of these expensive rules were published last year alone, by the way.) Despite this power, Congress has looked at only 43 rules since 1996. And disapproved of just one, even though regulatory overreach breaks down to nearly $15,000 per household per year – more than the average family spends on health care, food and transportation.

More legislative help may be on the way though. The U.S. House of Representatives is expected this week to take up a pair of bills that tackle two different areas of federal regulation.

One bill is the “Sunshine for Regulatory Decrees and Settlements Act” and would take steps toward stopping a practice called “sue and settle” by which organizations sue federal agencies and settle behind closed doors. The result often ends up with new regulations favorable to the suing organizations, with little to no public scrutiny.  As the U.S. Chamber puts it, the process undermines the principles of open government and public participation.

One “quintessential” example is the Environmental Protection Agency’s Clean Power Plan, which sets state-specific carbon-emission reduction guidelines to address climate change. A U.S. Senate Environmental and Public Works (EPW) Committee issued a report last year that found collusion between officials with the EPA and the Natural Resources Defense Council (NRDC), a group that wanted the Clean Power Plan to include some of its own provisions. The Committee said the EPA and NRDC “shared information through private email accounts, held an informal meeting at a Starbucks in Washington, and even discussed the words that would be used to explain the plan to the public.”

Yet people who would be directly impacted by the Clean Power Plan were involved in this negotiation.

The “Sunshine” bill would change that. It would provide for more transparency by requiring agencies to publicly post and report to Congress information on sue-and-settle complaints, allow interested parties to take part in the litigation and settlement negotiations and provide a comment period after a settlement is reached.

The other bill is called the “SCRUB Act” which aims to reduce the cost of regulations on the economy. The act  would establish a commission to effectively “scrub” existing federal regulations for outdated and ineffective rules that should be repealed. Agencies would also be required to review all regulations within ten years.

To learn more about the growing list of federal regulations, see our infographic here.

For further reading on regulations’ impact on us, check out our Kitchen Table Economics lesson, “What does a regulation do to your paycheck?”