Federal Budget Battle is not Over

Congress and the President may have agreed on a two-year, budget earlier this fall, but the nation is not out of the fiscal woods yet. They’ve got until midnight Friday to avoid a government shutdown.
December 7, 2015  | Civic and Economic Literacy
Facebook Twitter Google+ Email en español 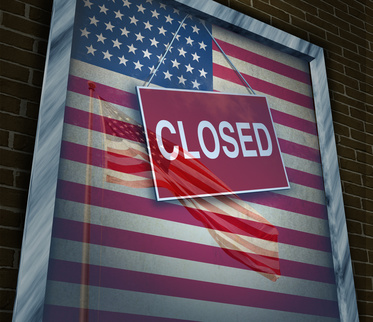 Congress and the President may have agreed on a two-year, budget earlier this fall, but the nation is not out of the fiscal woods yet. They’ve got until midnight Friday to assign money to federal agencies and programs, or those agencies will run out of money.

The federal budget has been in the works since the President first submitted his spending request to Congress as required by law on the first Monday of February. His budget proposal is based in part on federal agencies’ requests for the upcoming year. In a simpler world, Congress would look at the President’s ideas, write up a budget and send it back to the President for his signature, end of story at least for the upcoming fiscal year.

But because the process isn’t that simple, we are now into December and the budget details are still not worked out. Congress needs to pass a spending bill to fill in the blanks left over from the overall budget agreement. Lawmakers have hundreds of pages of line items to fill which still need the President’s signature before the budget can be considered complete.

The budget process can get hung up between the asset and liability side of the ledger, but according to nationalpriorities.org, other factors such as the state of the economy, party politics and differing economic philosophies can impact how those line items are filled in. If lawmakers fail to fill in these blanks by the December 11th deadline, they can either pass a short-term spending bill just to get by until complete passage of the bill or they can allow the government to go into “shutdown” mode.

Under the current administration, the United States federal government shutdown in 2013, from October 1 to 16, 2013.

To learn more about the federal budget process, read “President and Congress Gearing up for Budget Battle.”