What is the Impeachment Process? 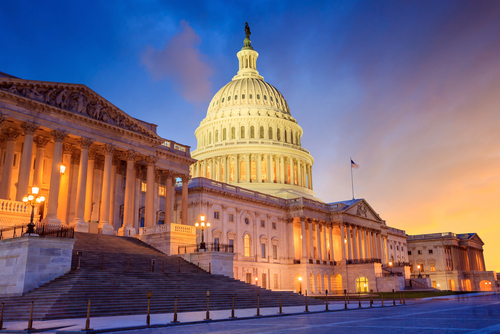 There’s been a lot of talk about impeachment recently, but what does “impeachment” actually mean?

Impeachment is defined as charging a member of public office, like the president, with alleged misconduct. This happens if Congress thinks the president is no longer fit to serve.

The Constitution states that presidents can be removed from office if they have committed wrongdoings–which are usaully based on the public’s arbitrary belief that a certain action was “bad enough” to begin the impeachment process. However, impeachment doesn’t always end in the removal of the president from office.

Only two presidents have been impeached, Andrew Johnson and Bill Clinton, but both were found not guilty and completed their terms.

What is the process of impeachment?

First, the House of Representatives has to launch a formal inquiry into the impeachment of the president. They have to draft articles of impeachment stating why and how he has committed a misdemeanor or abuse of power.

Then, each of these articles are debated in the House. If 51 percent of representatives vote yes to any article, the process continues, but the president is not removed from office at this stage.

Next, the Senate holds a trial where each article is debated. In this trial, the president can appoint defense lawyers. Moreover, the House acts as the prosecutor, Senators are the jury, and a chief justice of the Supreme Court presides as the judge.

If two-thirds of the Senate vote to convict the president, he is removed from office. The vice president would then become president. If they do not convict him, he remains in office and the allegations are dropped.