What is the Electoral College? 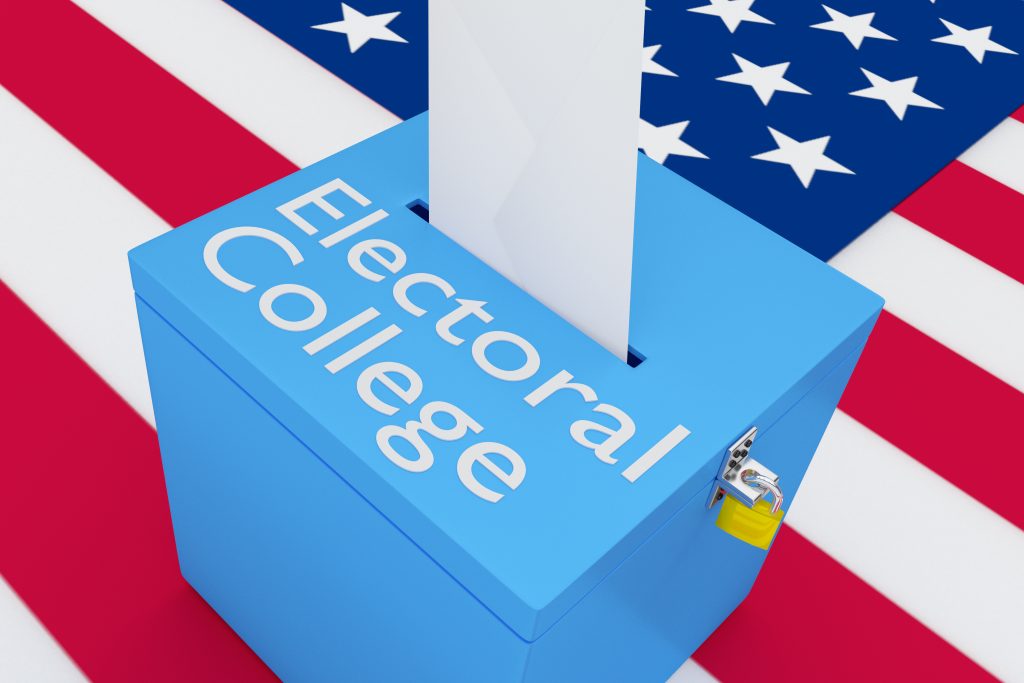 When voters cast their ballot for President of the United States, they aren’t necessarily voting for that person directly. Instead, they are casting a vote for presidential electors, collectively known as the Electoral College. The elector then votes for the same candidate on their behalf.

In some states, members of the electoral college hold the responsibility of voting in the same way that the majority of their state voted.

This is a confusing element of our voting system, but it has allowed for centuries of successful elections.

The members of the Electoral College are elected by political parties and other groups in each state, typically at a party convention or by the party state committee. In most states, they are elected to cast a vote for the Presidential candidate that the majority of constituents in their state have voted for.

To ensure the views of all individuals of a specific state are represented, the Constitution assigns each state with a number of electors that are equal to the total number of members in the Senate and House of Representatives.

There was a reason the Founding Fathers created the Electoral College. While it might seem unnecessary or complicated, it ensures that every state has a meaningful voice in the electoral process.