The Inverse Relationship between Tax Rates and Government Revenue 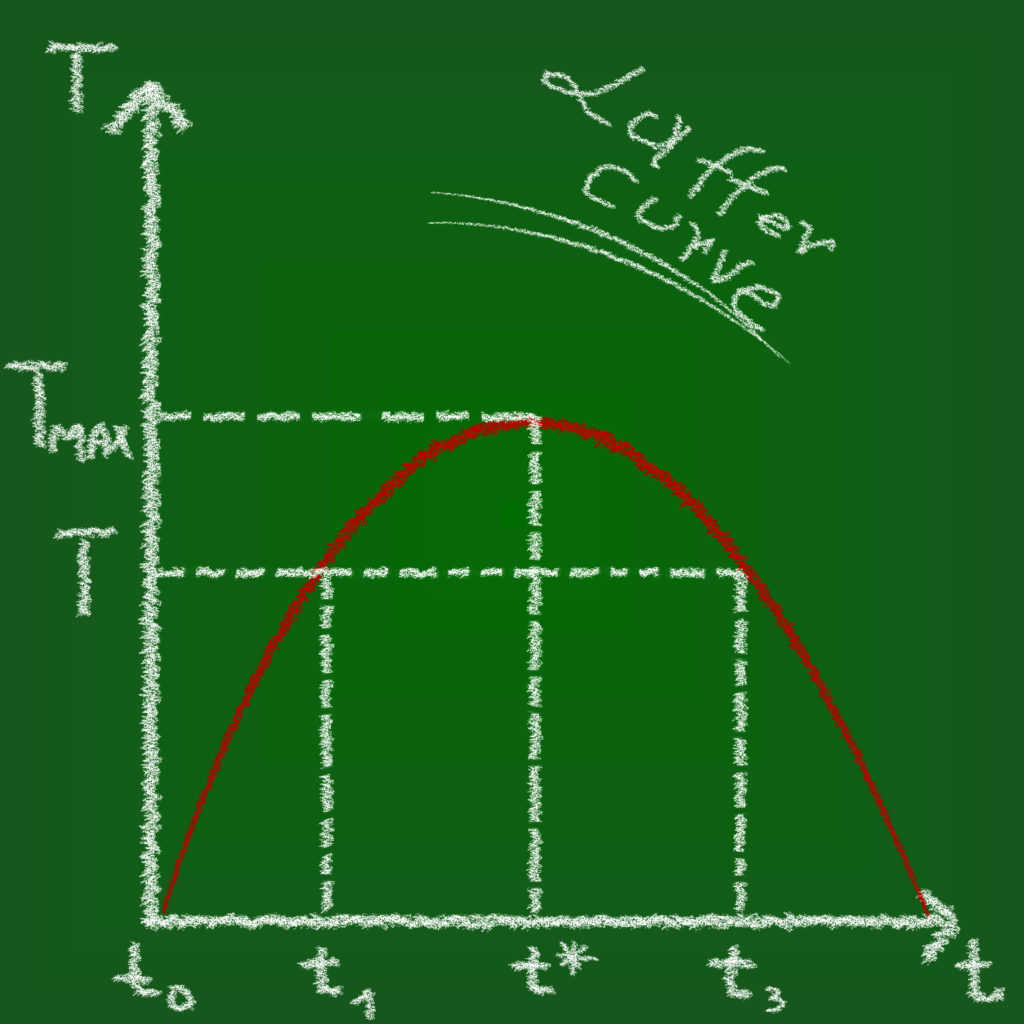 As tax rates decrease, so does government revenue, right? Well, on paper that may seem to be true—as less money is rolling in and the same amount of money is rolling out, revenue will inevitably decrease. It’s simple arithmetic.

But fortunately for us, neither revenue nor government spending is stagnant. And the relationship between tax rates and government revenue is a little more complex.

When Americans—or businesses—have more money in their pockets—induced by tax cuts or some other government policy—commerce is accelerated and the economy grows at a quicker pace, which means the pool of taxable income expands. So although tax rates may be lower, the aggregate amount of money raked in by the federal government will actually go up.

This theory is well-documented in the U.S. and is supported by a number of economists—especially those belonging to either the Chicago or Austrian school of economics. It’s even been coined the Laffer Curve.

This very same cause-and-effect relationship is playing out right now during the aftermath of the Tax Cuts and Jobs Act—legislation that significantly reduced the tax burden on U.S. businesses. According to a recent report from the U.S. Treasury Department, federal tax revenue collected during the month of January (the first month of implementation) is at an all-time high. And the government even ran a budget surplus of approximately $50 billion.

Some may associate the Laffer Curve more with economic theory than reality, but the impacts of the Tax Cuts and Jobs Act are already beginning to prove the phenomenon true.