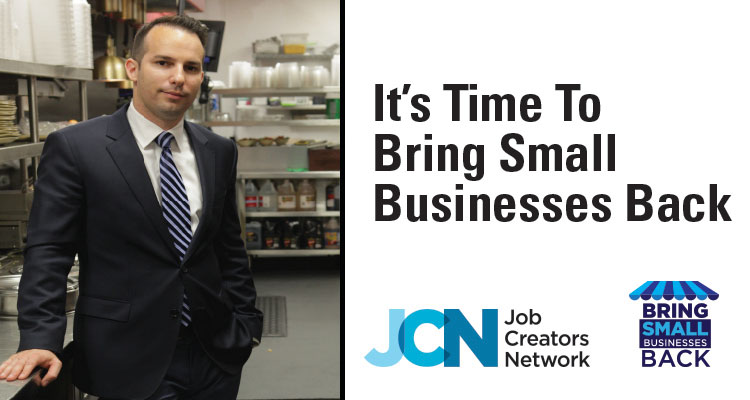 This week’s State of the Union Address claimed business is booming in America, but small businesses are the backbone of the economy, and the owners of those businesses are singing a different tune. The vast majority of small business owners think the country’s economy is headed in the wrong direction, according to a new poll from The Job Creators Network.

The poll is part of The Job Creators Network’s major new campaign launched this week called Bring Small Businesses Back. The campaign, which consists of print ads, commercials, and a comprehensive white paper, is aimed at identifying the causes of small business stagnation and providing solutions to overcome them.

The poll finds that overtaxation, overregulation, and a lack of access to capital are the major hurdles facing small businesses at the moment. (For a detailed analysis of the state of small business and the hurdles they face, read the campaign’s white paper.) Two-thirds of respondents said high taxes threaten the viability of their business. Three-fifths said red tape does the same. Stephen Bienko, president of 42 Holdings and franchisee of College Hunks Hauling Junk, explains in the campaign’s commercial how overtaxation and overregulation threaten his business.

The campaign’s ultimate goal is to promote legislation that provides real relief to small business owners, allowing them to expand employment opportunities, grow the economy, and increase our well-being. In other words, it seeks to turn the rhetoric in the State of the Union into reality.