As the Economy Booms, Interest Rates Will Rise 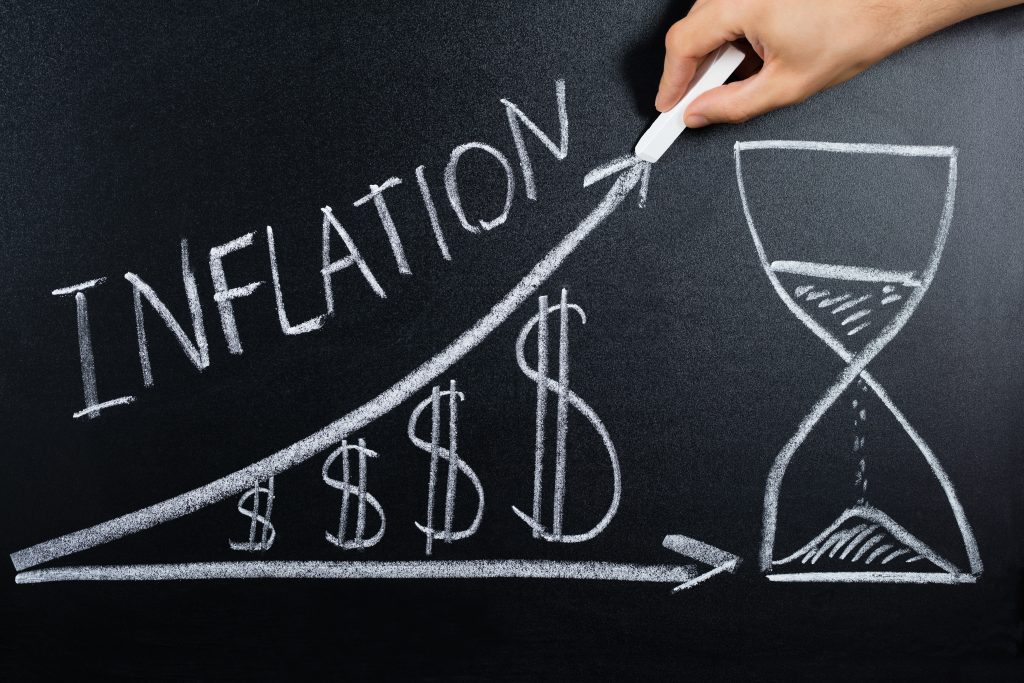 The U.S. economy is booming: Unemployment is at the lowest level of the century, job creation continues, small business optimism is at record levels, and wages are rising.

But along with this economic success comes the need to alter U.S. monetary policy in an attempt to mitigate the negative effects of a growing economy. Now you might be asking yourself—and rightly so—what’s the downside of a booming economy? The answer, inflation.

Inflation is a term used to describe the devaluation—or loss of purchasing power—of a currency over time. For example, if I had purchased an item in 1980 for $10, that same product would cost about $30 today. The phenomenon is a result of an ever growing money supply, which is fueled both by printing more currency and an influx of investment into the economy.

Imagine a residential neighborhood that has a few businesses scattered throughout it—let’s say a pizzeria, coffee shop, and hardware store. If a helicopter flew overhead and dumped $1 million in cash over the neighborhood for residents to collect, the natural reaction of the businesses would be to raise prices in an attempt to capture some of the windfall. As the U.S. economy booms, this same thing happens on a larger scale.

Some inflation is healthy, but too much of it can send an economy spiraling out of control—which is why the U.S. Federal Reserve usually aims for an inflation rate of 2 percent annually.

To make this happen, the Fed must control the amount of money in circulation (i.e. the amount of money being dropped by the helicopter). One of the tools used to accomplish this goal is to manipulate interest rates—in other words, the “cost” of money. You see, as interest rates increase, less money is circulated because it becomes more expensive and inflation is curtailed.

While the Fed can’t directly alter the general interest rate, they can increase what’s called the “discount window rate”—or the rate they charge banks to borrow from them. It’s essentially the interest rate that banks pay each other for borrowing money.

The Fed has already put this strategy into action in recent months. In March, the Fed targeted an interest rate of between 1.5 and 1.75 percent—a move that is likely only the beginning. It’s very probable the Fed will push for two additional 0.25 percent increases by year’s end.

The economy is flourishing and businesses are expanding, raising wages, and hiring more people. So don’t be surprised as interest rates rise–from both economic intervention and natural free market mechanisms–in order to curtail the negative ramifications of such growth.