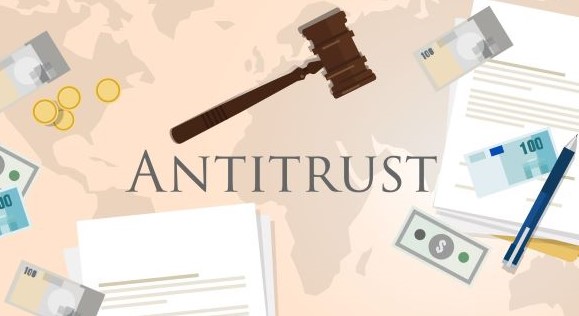 Anti-trust laws are intended to encourage healthy competition between companies while protecting consumers from harmful business practices. In other words, they help keep the free market working properly.

More specifically, anti-trust laws help prevent monopolies from occurring in the market. A monopoly is when one company has a stranglehold on business activity in a particular sector. One of the more commonly highlighted examples of monopoly is John D. Rockefeller—whose company controlled 90 percent of the oil production in the U.S. and later became involved in steel.

After amassing a fortune that at the time made up 1/44th of the entire gross domestic product of the United States ($340 billion in today’s money), Rockefeller disbanded his business after being threatened with anti-trust violations from the federal government.

Today, some claim that companies like Google, Amazon and Apple are wading into monopoly territory.

Anti-trust laws provide an important defense against large businesses taking advantage of consumers. For the most part, free markets usually operate well on their own. However, on rare occasions, they might need a little push from the government to get back in line.