The Real June Jobs Report: Are the unemployment numbers lying to us? 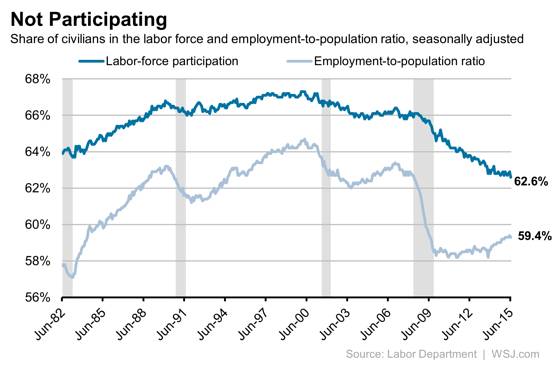 The federal government today released its monthly report on the nation’s job picture. On the surface, we learned that in June, 223,000 jobs were added to the economy to bring the unemployment rate down a tick to 5.3 percent. (The rate was 5.5 percent in May.)

It sounds positive, and no doubt you’ll hear a lot of people talk about how much the lower unemployment rate means as we continue to edge our way out of the Great Recession.

But there are a couple of important things to keep in mind when you hear this sort of cheerleading.

First, as some folks at the Wall Street Journal point out, June jobs numbers are typically overstated. In fact, the June numbers have been revised downward by an average of 36,000 since 2006, and ten out of the last 13 years. If this trend holds true this year, it is very possible that once more thorough analysis is performed on the jobs report, 223,000 could be revised to just 187,000 actual jobs added to the economy.

Secondly, and more importantly, is to understand what the Labor Force Participation rate is and why it makes that 5.3 percent very misleading. 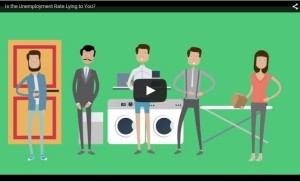 5.3 percent is the number of people who are looking for work, but have not gotten a job. They are still counted as part of the labor force, because they can work and are trying to work. But, people who can work but stop looking for work… or decide that they won’t work anymore, they no longer get counted as unemployed. Nor are they part of the labor force. (Here is a short, animated video that explains the Labor Force Participation rate.)

Basically, the 5.3 percent unemployment rate is misleading because it doesn’t even count the number of people who have either stopped working or stopped looking for 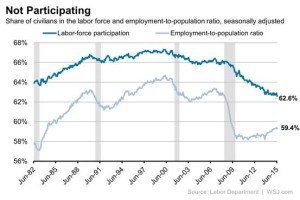 work. At 62.6 percent, the labor force participation rate in June is at its lowest since 1977:

And as this six month tracking chart shows, if you take today’s jobs numbers and re-calculate using that 66 percent labor force participation rate, the real unemployment rate is more like 10.1 percent. 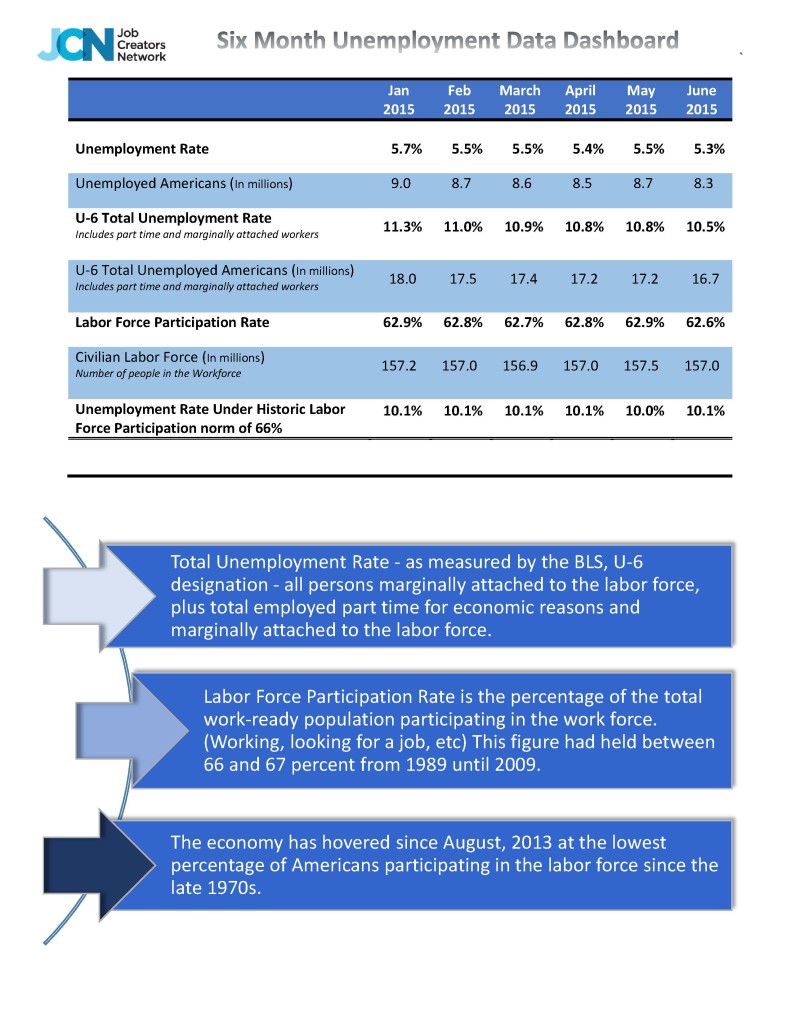