Why is “Price” Important in the Marketplace? 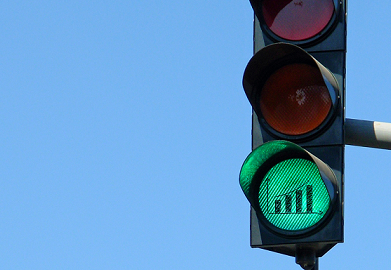 Imagine if you woke up tomorrow and all of the traffic lights in the country began to change at random. What would happen to motorists if they approached an intersection and saw a light change from green, to yellow, and then back to green, in just a few short seconds? Clearly, this would be confusing and infuriating. In the same way that we rely on traffic signals when we drive our cars, we rely on market signals when we buy and sell things in the economy. Yet it is all too common in countries, such as Venezuela, for governments to overlook the important “internal timer” that keeps our economy running smoothly— price.

People rely on prices in order to understand the signals in the marketplace. For instance, if you shop at “Bob’s Grocery Store” and your favorite box of cereal costs $4 more than it does at “Carrol’s Market”, you have just received a market signal. The signal is telling you if you shop at Carrol’s Market, you can save more of your money because the products at Carrol’s cost less.

The reason why you were able to gather this knowledge is because prices convey more than what something costs, they also convey information about the marketplace. In this case, the low prices in Carrol’s store could mean that Carrol has a larger supply of cereal than her competition (and is able to charge lower prices because of it), or it could mean that Carrol has a cheaper way of getting the cereal on the shelf which allows her to pass a discount on to her customers. It could also mean no one in Carrol’s neighborhood likes that cereal, so Carrol can price it low to reflect the low demand. This would signal to grocery wholesalers (the producers) to cut back on the amount of cereal they have on their shelves. The information that consumers and producers receive from prices enable an economy to function like clockwork.

While this sounds simple, the important function of price in the marketplace is often taken for granted by governments. In Venezuela, the government regularly tinkers with the cost of goods by attempting to drive prices to extreme lows. To understand the impact of Venezuela’s policies, let’s use groceries as an example again.

If Venezuela tells its grocery stores that they must cut their prices for certain products like rice or cooking oil in half, it would send a “red light” signal to grocery stores all over the country.

Fake low prices cause problems for two reasons. First, customers over-consume – or buy much more of the product than they probably need -because it is so cheap. This is an “artificial demand.”

Second, rice and cooking oil makers simply don’t produce as much rice and cooking oil, because they are paid so little for those products. Artificially high demand plus artificially low supply equals a shortage. And that’s exactly what’s happened. As an article on Forbes recently noted, this process has resulted in “empty shelves and shortages” in Venezuela—even for goods as common as toilet paper.

Prices play a critical role in allowing the marketplace to run like a well-oiled machine, without crazy inflation or shortages. For that reason, it is important to let the market dictate what the price of a product should be with minimal outside interference. Otherwise, consumers and producers will face the difficult task of trying to navigate through an economy with malfunctioning traffic lights.