The Road to CEO: Doug McMillon 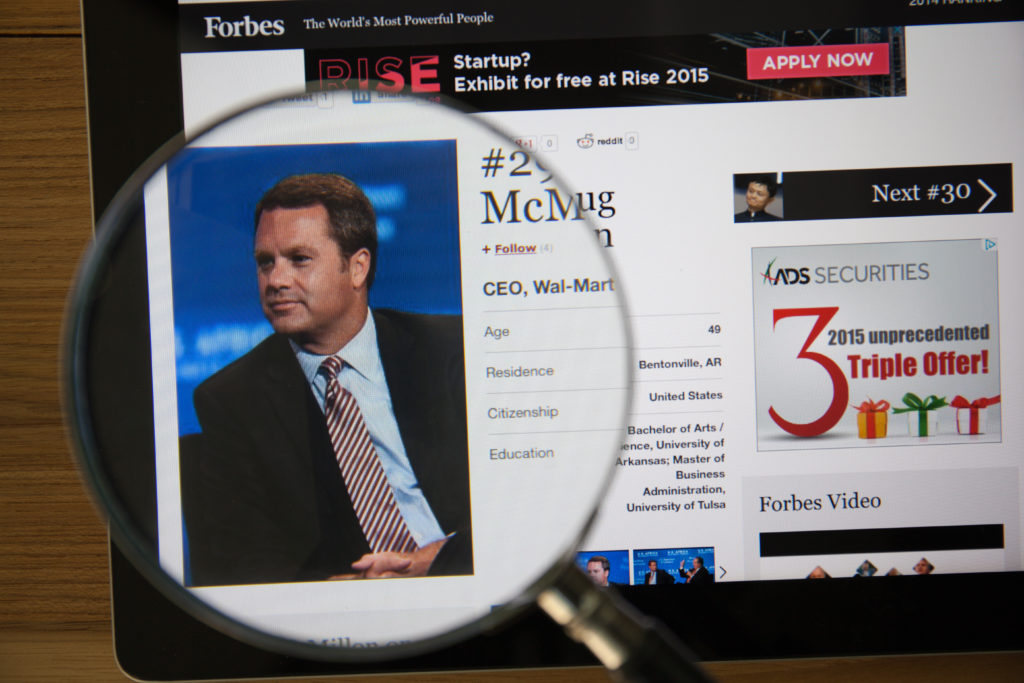 How do you become a CEO? There’s no surefire blueprint for success, but the overwhelming majority of CEOs work long hours and spend years climbing the corporate ladder before ever leading a company. Many of them spend decades at a single company, learning everything there is to learn about its strengths and weaknesses.

This is the case with Doug McMillon, the youngest CEO of Walmart since Sam Walton founded the company in 1962. McMillon was named Walmart’s CEO in 2014 after joining the company in the 1980s. His first job? Unloading trucks in Walmart warehouses. McMillon spent two high school summers working in Walmart distribution centers as an “hourly associate.” In his words: “I first started working for the company 30 years ago. I was looking for summer work to help save some money for college.”

The job only paid $6.50 an hour, but McMillon used it to learn more about Walmart’s business model and customer service—not to mention his fellow employees. “I was surprised how much people loved their job and how much they cared about the company,” he says. This revelation has shaped McMillon’s business philosophy: “We [can’t] run a good business if we don’t take care of people and have compensation plans that work.” He also understands the importance of a “starting wage,” which rewards employees on the first rung of the career ladder as they learn and grow.

Learning and growth have come to define McMillon’s career. As a graduate student at the University of Tulsa, McMillon was named the assistant manager of a nearby Walmart, where he worked 52 hours a week while juggling a full course load. It tested his limits, but set him on a path to senior-level management.