The Answer to Wage Stagnation is not the Minimum Wage 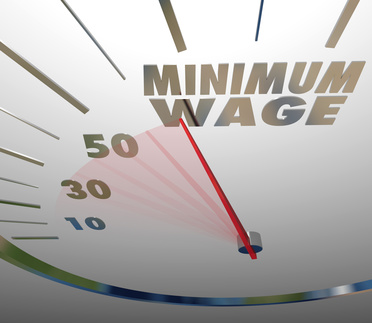 A recent Census Bureau report confirms what American employees already know: Wages are stagnant. The median income of $53,456 in 2014 was statistically indifferent to the previous year but incomes are still 6.5 percent below 2007 levels.

Fast food workers, healthcare workers and their supporters march to demand an increase of the minimum wage to $15 per hour, in Los Angeles.

Politicians have tried to shift the blame for this dismal reality to popular bogeymen: the wealthy, immigrants, and the free-market system itself. But these all existed throughout America’s ascendancy to the most prosperous country in the history of the world. Indeed, they were its features, not its bugs.

Some politicians have also called for major minimum-wage increases as a solution. Some presidential candidates, for instance, are pushing for the minimum wage to be raised to $15 an hour from $7.25 an hour to try to address wage stagnation among low-wage employees.

There’s no question that living on the current minimum wage is hard – especially as prices keep increasing. I get it. My mother worked for minimum wage as a housekeeper, and I often helped her supplement her income by sorting through trash to collect aluminum cans to return so that we could pay for groceries that week.

But while minimum-wage proponents’ hearts may be in the right place, their heads are not. Wage controls backfire. They reduce job opportunities for those employees who need them most, exacerbating wage stagnation, rather than alleviating it.

What they misunderstand is that the minimum wage is a training wage that gives young and low-skilled employees the skills necessary to quickly earn far more than the minimum wage. And the evidence suggests that the vast majority of them do so: Two-thirds of minimum wage employees earn a raise within their first year on the job, according to a study by economists at Miami and Florida State University. Raising the minimum wage reduces these valuable training opportunities.

That’s because small-business owners, the vast majority of whom would love to pay their employees more, do not generally make big enough profits to afford a doubling of their labor costs. Service-sector businesses that typically employ low-wage employees have average profit margins in the single-digits. The minimum wage math simply does not add up.

Mandates on job creators are not the solution to stagnating wages. In fact, they are a prime culprit. The costs associated with complying with the regulatory onslaught of recent years are funds that could have otherwise gone to boosting wages of American employees. Limiting this burden would help spur wage growth.

However, there’s still more that could be done to help the working poor without putting their jobs and the businesses they work for at risk. Fortunately, there is a government program that already exists that does just this. It’s called the Earned Income Tax Credit (EITC). Although it sounds complicated, it really isn’t.

The EITC boosts incomes of low-wage employees through their tax return, supplementing incomes at a sliding scale, phasing out as incomes rise so that work is always incentivized (unlike with some other welfare programs.) Think of it as a reverse or negative income tax.

The EITC recognizes, respects, and rewards the hard work and training provided by low-wage jobs. It receives bipartisan support, encourages people to leave welfare for work, and it is already helping about 32 million low-income, working people and their children leave poverty or make poverty less severe each year. It should be expanded to help even more.

There’s no question that stagnating wages are one of the great problems of our time. But legislating wages higher is not the answer because it means that people like my mom would not have the opportunity to get any job at all, thus missing out on training that allows them to quickly earn much more than the minimum wage. It’s better to return to the free-enterprise principles that got us here in the first place.