The 5 Things You Should Know About the Supreme Court 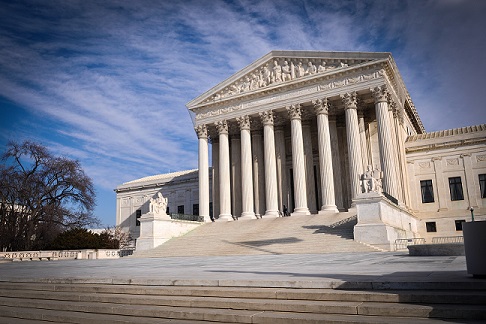 In the coming weeks, the Supreme Court is set to rule on a number of important cases that will impact our lives. In light of the huge decisions that the court will make this summer, we have compiled a list of the 5 things you should know about the Supreme Court as you follow the news coverage:

1) The Supreme Court is the Highest Court in the Land

The U.S. Government has three branches:

The Supreme Court is the highest court in the judicial branch, which makes it the most powerful court in the United States. This court answers big questions on how our laws should be interpreted in each case.

2)  The Supreme Court has 9 Justices

The Supreme Court has 8 Associate Justices (or judges) and One Chief Justice. Currently, our Chief Justice is John Roberts and our Associate Justices are Antonin Scalia, Anthony Kennedy, Clarence Thomas, Ruth Ginsburg, Stephen Breyer, Samuel Alito, Sonia Sotomayor, and Elena Kagan. The judges are nominated for their position by the President of the United States, but they have to be approved by Congress before they can take office. Once a judge is approved, they are eligible to serve on the Supreme Court for the rest of their life. Unlike Members of Congress or the President, Supreme Court Justices never have to run for election.

3)  The Supreme Court Has Judicial Review

4)  The “Rule of Four” Decides Which Cases Get Heard

The “Rule of Four” is the custom that the Supreme Court uses to determine which cases they are going to hear. Under the rule, if four of the nine justices decide to hear a case, it will go before the court. Although the rule is not set in stone by any laws, the court follows this tradition in order to ensure that the minority opinions on the court always have an influence. The court receives roughly 10,000 petitions from cases asking to go before the court each year, and the court typically selects around 80 to hear.

The Supreme Court wraps up its terms each year at the end of June, and typically, many of the best [or most widely publicized] cases are saved for last. This year, much of the media attention has focused on how the King v. Burwell decision will impact healthcare. June is the most interesting month to follow the Supreme Court, so be sure to stay tuned as the court comes down with more landmark decisions.