How a Supreme Court Justice Gets the Job 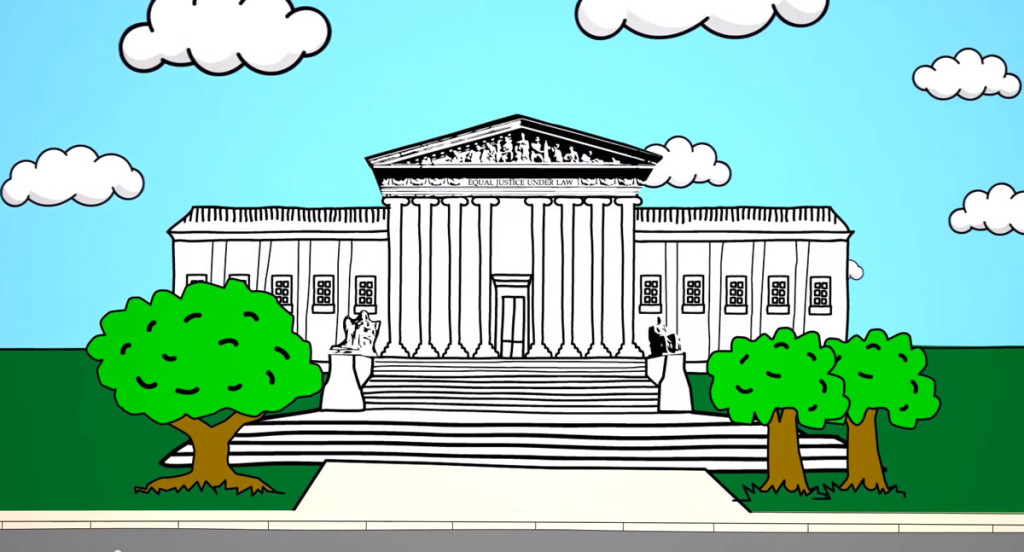 This week, the Senate is holding hearings on the nomination of Judge Neil Gorsuch to the Supreme Court. Given the impact Supreme Court decisions have on the rights of Americans and the ability for entrepreneurs and business leaders to create jobs and a healthy economy, it’s no wonder selecting a new justice is a huge undertaking.

But just what is the process of selecting a Supreme Court justice? Believe it or not, the U.S. Constitution does not list many rules for choosing a justice—it only assigns the job in Article II Section 2. The executive branch of government (the president) and the legislative branch (the Senate) work together to decide the makeup of the judicial branch under broad constitutional oversight. Here is a quick reference guide that takes you through the steps to the nation’s highest court:

1. Vacancy. For the Supreme Court selection process to begin, there needs to be a vacancy of one of the nine Supreme Court seats. According to the Constitution, the justices “shall hold their Offices during good Behaviour” which is understood to mean the seat can be vacated by retirement, death, or impeachment.

(By the way, the number of justices is determined by Congress, not the Constitution. Throughout history there have been as few as six justices and as many as ten. The High Court first convened in 1790 with six. It has been nine since 1869.)

2. Nomination. The president nominates someone to fill the vacancy. And again, the Constitution does not list required qualifications for the job. A nominee doesn’t have to be a judge or even a lawyer. Age, education, profession, or native-born citizenship don’t matter either, at least according to the Constitution.

So the president typically considers not only personal or professional acquaintances, but recommendations from advisers and lawmakers. After interviews and research on all of the names submitted for consideration, the president decides on a nominee.

3. Senate. The Constitution requires the president’s nominee to get “the Advice and Consent of the Senate.” Therefore the president’s nominee goes first before the Senate Judiciary Committee where the nominee and witnesses testify and answer questions about the candidate. Once such hearings are complete, the 20-member committee votes whether to send the nomination to the full Senate.

4. Confirmation. Once the nominee reaches the full Senate, it takes only a simple majority to approve—or confirm—him or her. That is, 51 votes.

Every once in a while, senators who may prefer another nominee to the high court will use a technique called a “filibuster,” basically a very long speech that delays a vote. When that happens, the Senate needs 60 votes to end the debate and force a final vote on confirmation.

5. Swearing-In. Once confirmed, the president issues a written commission to his nominee, who then takes two oaths of office and is sworn in by the Supreme Court Chief Justice.