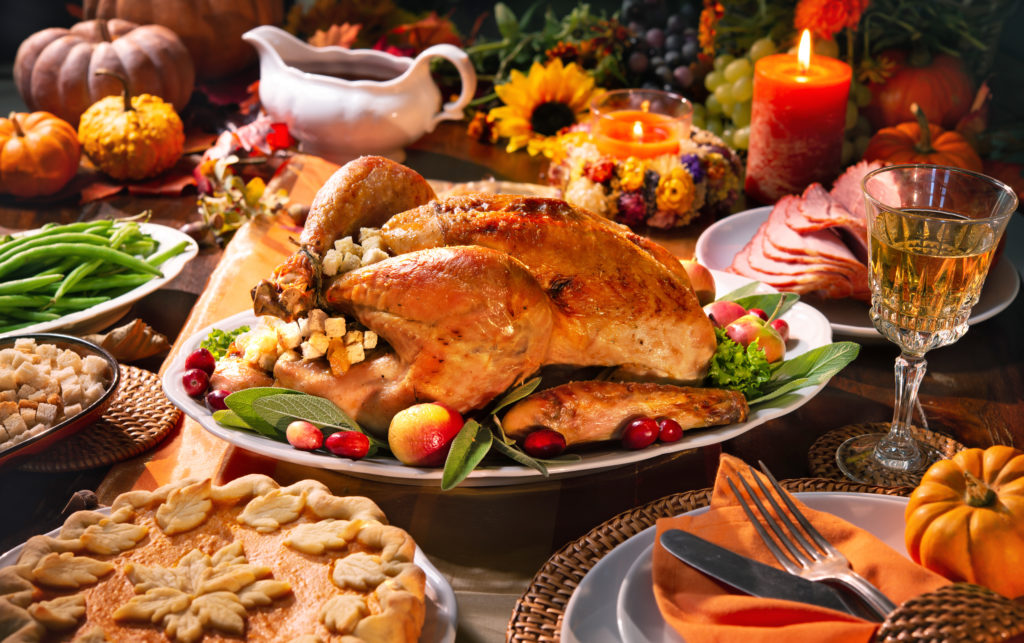 It’s turkey time once again! And this year, home cooks will have something extra to be thankful for: A drop in the cost of the Thanksgiving feast.

According to the American Farm Bureau Federation’s (AFBF) 35th annual survey, the average cost of a Thanksgiving dinner for 10 people totaled $46.90, down four percent or $2.01 from 2019. After adjusting for inflation over the last 20 years, the price of a Thanksgiving feast comes in at $18.01.

The AFBF also calculates the cost of an “updated Thanksgiving dinner.” By adding ham, russet potatoes, and green beans to the menu, the total cost for 10 people increases to $60.61, still down $2.21 from the year prior.

The centerpiece of Thanksgiving tables has fallen in cost by seven percent since last year. A 16-pound turkey costs about $19.39, roughly $1.21 per pound. Other foods that have dropped in price include whipped cream and sweet potatoes. On the other hand, the cost of dinner rolls, pumpkin pie mix, and cubed bread stuffing increased slightly.

AFBF notes that the traditional Thanksgiving meal remains inexpensive, at less than $5 per person. According to the chief economist at the AFBF, “[t]he average cost of this year’s Thanksgiving dinner is the lowest since 2010.” 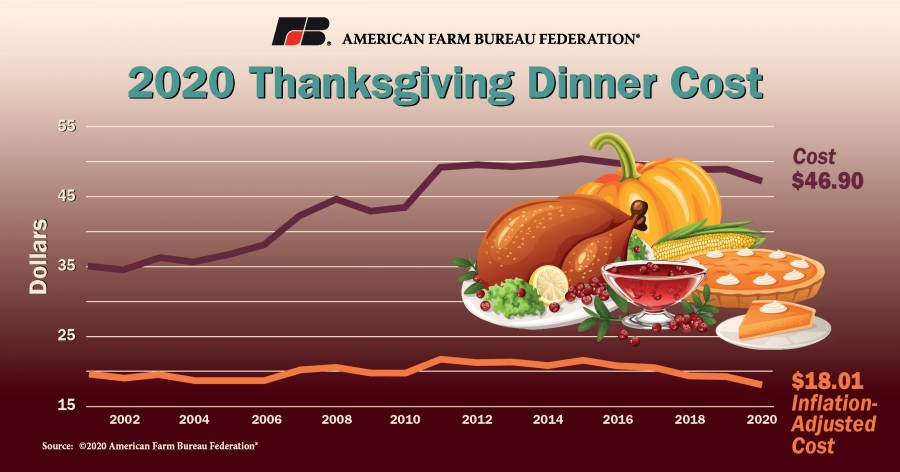 The AFBF conducts the research by using more than 230 surveys completed with pricing data from all 50 states. Due to the high volume of online grocery orders because of the pandemic, volunteer shoppers were encouraged to check prices on the grocery store apps and websites.