The new “Clean Power Plan” could drain wallets, economy and the pantry 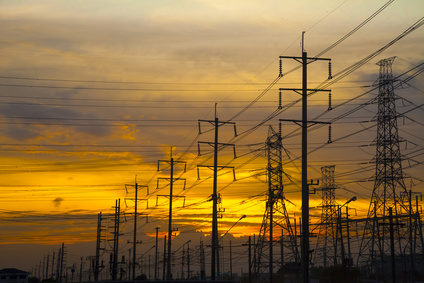 The federal government is beefing up its efforts to prevent climate change with some new rules under what’s called the “Clean Power Plan.” This plan, like so many other ideas concocted by government, could end up costing us far more than it saves.

The Clean Power Plan gives the Environmental Protection Agency the authority to determine how much carbon dioxide should be allowed to come out of power plants. One part of the plan would force existing power plants to reduce carbon dioxide emissions to 32 percent lower than they were in 2005, and give them until 2030 to do it. Another part of this plan calls for 28 percent of energy to come from renewable sources like wind and sun. The way to achieve these goals is to be determined on a state-by-state basis with each state choosing among four strategies – improving existing coal plants, switching plants from coal to natural gas, boosting renewable energy sources and using energy more efficiently.

When the numbers are crunched, the Clean Power Plan will only impact global temperatures by 0.018 degrees Celsius by the year 2100. That’s less than two one-hundredths of a degree, hardly enough to make a dent in the earth’s overall temperature. The number is so small, it is not even listed on the EPA Fact Sheet about the Clean Power Plan.

What the plan would leave in its wake is far worse than a couple hundredths of a degree.

Also left off the EPA Fact Fact sheet is how the Clean Power Plan could lead to higher energy bills, fewer jobs, a weaker economy, greater poverty – for minorities in particular – and even world hunger.

According to one energy policy expert, coal-fired plants would have to install expensive and unproven carbon-capturing equipment to lower their carbon emissions.This means we may see few, if any, new coal power plants.

Since coal is responsible for around 40 percent of the nation’s electricity, we would have to get our power from other, more expensive sources. This means higher energy bills for us (an estimated 12 to 17 percent higher, or $1,225 more in 2030 than in 2012 for the average family), and higher prices on the goods and services we buy that need power to make or use them. (Which is nearly everything.)

As for jobs and the economy, one study from the Heritage Foundation determined the Clean Power Plan would create an average yearly shortage of nearly 300,000 jobs, more than $2.5 trillion lost in economic growth and a total income loss of more than $7,000 per person.

The poor would be hit the hardest, as lower-income households spend a larger share of their income on utility bills. In fact, another study predicts poverty among Black and Hispanic Americans would go up by 23 and 26 percent, respectively. And job losses by 2035 would total 7 million among Blacks and 12 million for Hispanics.

Finally, there’s world hunger. With a clampdown on emissions, not only does power produced by fossil fuels become more expensive, but more crops would likely be used for biofuels, rather than food.  And this would put millions more people at risk of going hungry, particularly in developing countries.

In other words, as one writer put it, “(t)hose in poverty will be forced to choose between eating and keeping the lights on.”

The Clean Power Plan will not be implemented without a fight. Right now some members of Congress and many state leaders are lining up to challenge the legality of the plan. While that fight plays out in Washington, it’s important that Americans in every corner of the country understand the unintended consequences of well-intended government rules.

To learn more about where our energy really comes from, check out this infographic and watch this short, animated video courtesy of InformationStation.org.