The High Price of Forced “Low-Flow” 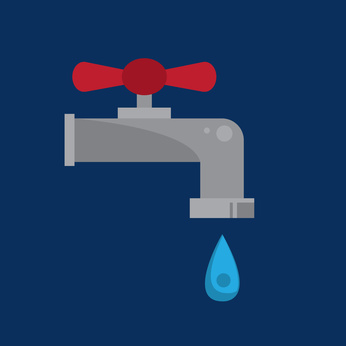 Remember when government started mandating low-flow sink faucets, shower heads and toilets? The goal was to save water and energy, and eventually money. But the H2O rules have actually led to longer showers and more flushes, not to mention higher water bills.

Now the federal government is looking toward low-flow dishwashers.

The Department of Energy is considering a new rule that says dishwashers can only use 3.1 gallons of water to wash a load of dishes.

The idea is obviously to cut down on water (240 billion gallons over 30 years) and energy usage (by 12 percent), and save the household some money ($2 billion.) And of course saving money appeals to most people.

But Rob McAver, who is an appliance industry representative, says 3.1 gallons is nowhere near enough water to properly clean dishes, so people would have to re-wash their dishes anyway. This would completely erase any cost-savings that might have happened:

“The poor performance that would result would totally undercut and go backwards in terms of energy and water use, because of the need for running the dishwasher again, or pre-rinsing or hand-washing, which uses a lot of water,” he (McAver) said.”

The government itself has not been able to prove the benefits of this idea will outweigh the costs.

Economists who reviewed the Department of Energy’s own numbers say the mandated redesigns will tack $99 onto the cost of a standard dishwasher and that it would take nine years to recoup that cost in savings. Further, “over half – 53 percent – of all purchasers will never recover the higher upfront costs, and consumers save only $21 on average during the lifespan of a typical dishwasher.”

For seniors, who don’t run their dishwashers as often, it would take 11 years to get their money back in savings, with 64 percent never recovering the cost. And 59 percent of low-income households will never see the savings outweigh the $99 extra for the lower flow dishwasher.

The Department of Energy even acknowledges that this rule will likely drive some folks to not buy dishwashers and do their dishes by hand – which uses more energy and water than a dishwasher.

As with many other government rules and regulations, even the best intentions can end up a wash.