The good, the bad and the ugly of the federal budget

The U.S. Treasury says the federal budget deficit was lower in 2015. Here's why we shouldn't get too excited about it.
October 16, 2015  | Debt and Deficit
Facebook Twitter Google+ Email 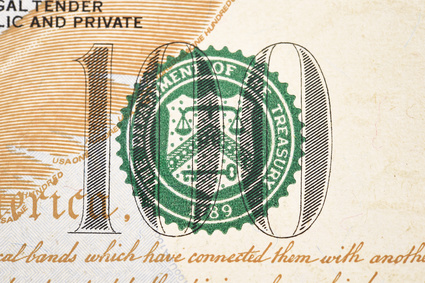 The federal government has released its year end treasury statement – essentially Washington’s checkbook. While we may hear about good on one side of the ledger, there’s also some bad and some downright ugly throughout that should concern us all.

The U.S. Treasury Department report shows that over the past year, the feds spent $3.69 trillion and brought in less – $3.25 trillion. This left the nation with a $439 billion budget deficit. This deficit amount is actually ten percent less than in 2014, and 70 percent lower than its highest level in 2009 ($1.4 trillion.) 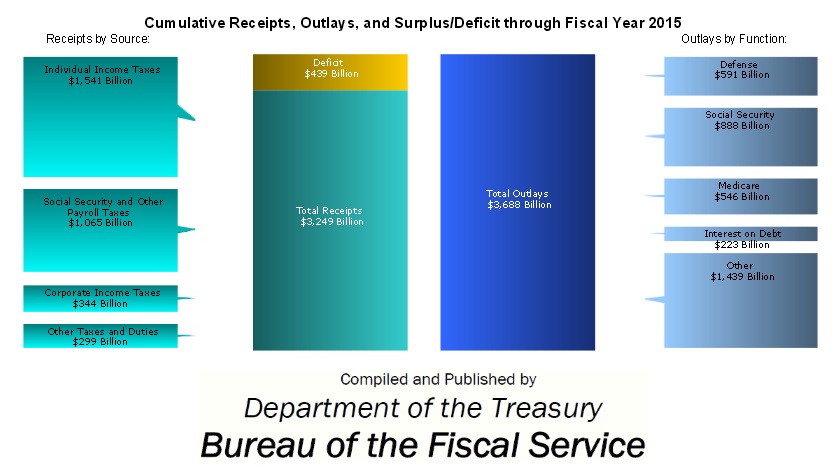 The Committee for a Responsible Federal Budget, (CRFB) which tracks federal spending says part of this reduction is due to less money spent on one-time federal bailout programs such the Troubled Asset Relief Program (TARP,) aid to Fannie Mae and Freddie Mac as well as expiring stimulus programs. A little less money spent on defense and the military also helped bring the two sides of the federal checkbook a little closer together.

But before getting too complacent, it’s important to look at a few other reasons why the deficit has fallen. And that requires looking at the rest of the federal checkbook.

The CRFB concludes that economic recovery had more to do with a smaller deficit than reduced government spending.

An economy that is slowly recovering from the Great Recession means more people are working, and therefore paying more taxes. Lower unemployment plus 2012 tax increases to top earners (35 to 39.6 percent) and capital gains (15 to 20 percent) helped the government rake in a record high $3.25 trillion in 2015, which CNSnews.com breaks down to $21,833 for every person in the country with a full or part-time job. Indeed, most of this tax revenue came from individual income taxes ($1.54 trillion) and payroll taxes for government programs like Social Security ($1.07 trillion.)

That may not sound too bad, but we need to remember how high the federal deficit had gotten in the first place. The deficit had risen nearly 800 percent to reach its 2009 peak. The 2015 amount of $439 billion is still 270 percent higher than in 2007, just prior to the recession.

Behind the glow of deficit reduction is the ever increasing federal debt. That 70 percent deficit drop over last six years is a drop in the bucket compared to the 75 percent increase in public debt.

In dollar figures, federal debt has risen from from $5 trillion in 2007 and $7.5 trillion in 2009 to more than $18.2  trillion today. And the downright ugly part is this amount of debt is even more than our nation’s entire Gross Domestic Product, or the annual dollar value of all goods and services produced by the U.S., which was $17.9 trillion for 2015.

This means that even if we changed all the goods and services produced in our country this year into cash, and deposited into our hypothetical federal checking account, we still couldn’t pay off public debt – the nation would still be $300 billion in the red.

Which brings us back to the federal deficit. The short term deficit reductions do nothing for long-term prospects for either the deficit or the debt. The CRFB predicts that unless our policymakers commit themselves to “serious tax and entitlement reforms”, the deficit will return to trillion dollar levels by 2025 with debt continuing to outpace our economy.