The “gig economy” – beyond the buzzwords

With an election season upon us, we are starting to hear a lot about the so-called "gig economy.” Before listening to politicians, it is important to understand what a gig economy is and why it is in the spotlight.
August 10, 2015  | Government Overreach
Facebook Twitter Google+ Email en español 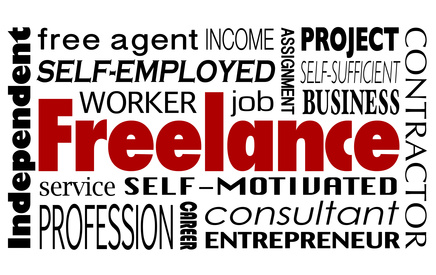 Thanks to upstart companies like Uber, Lyft and Airbnb that use independent contractors rather than full-time employees, the term “Gig economy” will be among the political buzzwords we’ll hear from candidates in the coming months. Before listening to politicians, it is important to understand just what a gig economy is and why it is in the spotlight.

The so-called “gig economy” is based on self-employed people who contract out their services to others. For example, freelance photographers or writers, marketing consultants and temporary workers. These folks have the flexibility, freedom and independence to pick and choose jobs, hours, set prices, and serve many clients rather than one single employer.

For some entrepreneurs, the gig economy offers a chance to create and test their ideas in the marketplace, with only themselves and their resources at risk.

And app technology has paved the way for more people to gig. While Uber has become the poster child for this new app-driven business model, FastCompany.com lists several other on-demand services: “office cleaning and management service Managed by Q; on-demand restaurants Munchery and Maple; shared-ride service Chariot; and laundry service FlyCleaners. Parcel, a company that receives packages on its customers’ behalf and then delivers them at a time when they’re home, and Alfred, a personal butler service that runs its clients’ household errands, also dispatch their own employees.”

Still, there aren’t as many gig workers as all the talk would indicate. The Wall Street Journal recently quoted the Government Accountability Office that the nation’s “contingent workforce,” which includes agency temps and on-call workers, “makes up about 8% of the employed U.S. workforce.”

Despite being a good deal to many employers and workers, and the relatively low workforce numbers, gig economy is a perceived threat to government control and unions. For starters, it’s hard to organize a group of workers who are independent of any single employer. And as outlined in Breitbart.com, when companies go 1099 rather than W-2,  governments forgo Social Security and Medicare taxes, state unemployment and workers compensation insurance, Obamacare burdens, company 401K contributions as well as any profit sharing.

This may explain why we’re seeing more government oversight and interference. Under the guise of protecting people from unsavory employment practices, the National Labor Relations Board is going through job classifications with a fine tooth comb. Earlier this summer, a ruling by California labor commission that an Uber driver is an employee, rather than an independent contractor could set up a major fight for the future of the on-demand app industry and the definition of its workers.

No matter what politicians say in the coming months, remember that most of the nation’s workforce is still employed by traditional means. It’s a business model that has served well millions of people throughout our country’s history. No amount of technology can completely eliminate the traditional employee. And of course all workers deserve protection from fraud and unsafe workplace conditions.

But just as Americans enjoy a variety of talents and interests, so should we be able to enjoy the full variety of employment options that we can create for ourselves now and for succeeding generations. Government policies should encourage, rather than discourage these opportunities.