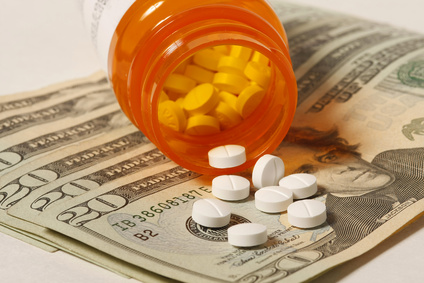 It’s been about a month since much of the nation grew outraged over a drug company’s 5,000 percent price hike for a medicine used to treat AIDS and cancer patients. Since then, Turing Pharmaceuticals announced plans to lower the price, but that apparently hasn’t happened yet. Some news outlets have have found a dose of Daraprim still costs upwards of $900 at some pharmacies.

The news had many calling for the government to intervene with more regulations to stop such “price gouging.” Weeks of news coverage about it drove the cost of prescription medication to the top concern among Americans from all walks of life, according to new polling.

Well, Turing Pharmaceuticals may be forced to reduce its prices without a single word or rule from any government bureaucrat or lawmaker. A competing drug company offering an alternative to Daraprim for $1 a pill will do the trick.

CNN has reported that San Diego-based Imprimis Pharmaceuticals will sell the its substitute drug for as low as $99 for a 100 capsule bottle.

Unless Turing can prove some unique benefit to justify a $900 for a medication that sells elsewhere for $1, the company will either have to lower its price or rapidly lose customers for that medicine.

Such competition is generally the way the market works for most of the goods and services we buy.

Take hot dogs, for instance. A person is not likely to purchase a package of hot dogs for $25 when the brand right next to it in the grocer’s case sells for $4. That person is also unlikely to run to the government and demand the more expensive meat company lower its price, even though hot dogs and pharmaceuticals are under the same regulatory purview of the Food and Drug Administration (FDA). Government bureaucrats don’t get involved with telling hot dog companies how much to charge. Supply, demand and production costs sort out the price of hot dogs on their own.

If anything, the FDA should be taken to task for having such a high regulatory burden on the front end of its pharmaceutical approval process. As mentioned here previously, the FDA takes more than two years to process applications for new drugs and there are around 4,000 applications on the waitlist. The FDA also keeps close tabs on every drug manufacturing facility and can temporarily suspend production should an issue arise.

An FDA loophole in the generic drug approval process allows companies to snap up a drug whose patent has run out, and keep tight reins the generic version. Get rid of that loophole and you open up opportunities for many companies to compete to manufacture and sell the same medication, which again, will naturally lead to lower prices.

A heavy-handed government bureaucracy enabled conditions for a company to jack up a drug price by 5,000 percent. But no draconian federal laws or more regulations will be necessary to force down the price. All it will take is competition from another company willing to offer an affordable alternative.