Insurers had counted on more healthy people to sign up for health plans to cover the costs of the sicker people. The problem is that has not happened. This means higher deductibles as well as premiums.
November 17, 2015  | Healthcare
Facebook Twitter Google+ Email en español 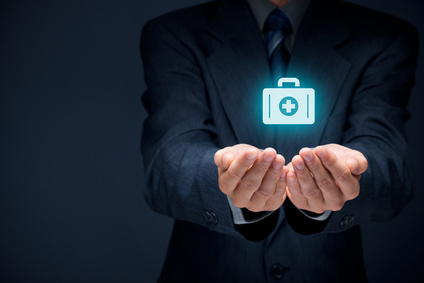 There are a lot of people shopping around for health coverage right now, during the open enrollment period for the federal health law’s “exchanges.” And while government-run plans are touting premiums “less than $100 a month after tax credits,” the bigger picture may be a much bigger hole in your pocketbook.

The federal health plan does require coverage for less expensive routine preventative care. But a New York Times review of health plans sold on the federal online marketplace found more than half the plans have a deductible of $3,000 or more. That means patients would have to pay $3,000 out of pocket before coverage kicks in for a major medical event like surgery, disease or auto accident. Here is a sampling from the NYTimes review:

Other reports have deductibles hitting $6,850 in 2016, and insurers are hiking silver-plan deductibles as high as $6,500.

And for families, the deductibles can be much higher – $12,700 for one Illinois family cited by the NYTimes.

Insurers had been counting on greater numbers of healthy people to sign up for health plans to cover the costs of the sicker people. The problem is that has not happened. Facing both higher premiums and higher deductibles, healthy consumers are opting to either find insurance elsewhere, such as under their spouse’s plan or going without insurance altogether, and paying a government penalty.

As one Houston woman told the NYTimes, “The deductibles are ridiculously high. I will never be able to go over the deductible unless something catastrophic happened to me. I’m better off not purchasing that insurance and saving the money in case something bad happens.”

So insurers are left trying to design future plans to cover higher than expected claims from sick people with fewer healthy policy buyers.

A health care analyst recently said that the number of exchange-based enrollees would need to double to keep enough money in the insurance pools to cover claims. This doesn’t look likely though, as 1.3 million people have already left the exchanges this year.

The future of the Affordable Care Act exchanges will be a little clearer once this latest round of sign-ups wrap up in a few weeks. But given the premium and deductible increases already rearing their heads, the prospect of truly “affordable” health coverage doesn’t look so great for lower and middle-income Americans. And the ACA still has done nothing to bring down healthcare costs – the true problem with our healthcare system.

If some parts of the health law end up going back to the drawing board, addressing the costs on the front end of health care will go a long way to helping with the coverage costs on the back end.

To learn more, read “Five Reasons Why Health Care Costs Continue to Increase” and watch “How Does Health Care Reform Affect You?”