Hit by a turtle? There’s a government code for that. 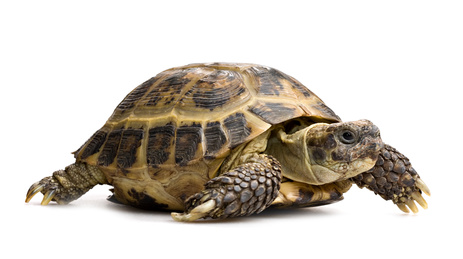 If you are hurt knitting or crocheting, there’s a code for that. A medical code, that is.

Struck by a turtle? Yes, there’s a code for that too. The same goes if you are hurt walking into a lamppost, encountering a macaw, playing a wind or brass instrument, or during a forced landing of a spacecraft.

Starting Oct. 1, the number of medical codes used by health professionals to describe illnesses and injuries jumps from 14,000 to a whopping 70,000.

With 845 codes for angioplasty, rather than one, and eight types of acne to discern, it’s easy to see why doctors, hospitals and insurers are bracing for possible disruptions, according to the Wall Street Journal.

This is all part of an update to the International Classification of Diseases, or ICD-10 which has not been overhauled since 1979.. It’s reportedly worse for hospitals which will see a separate set of ICD-10 procedure codes expand from 4,000 to 72,000.

Private and government insurers use these codes to justify paying doctors and by how much. The learning curve to implement all of these new codes could delay the insurance process and in turn, reimbursement to doctors and hospitals. Such delays could put enough of a financial crunch on providers.

In the long run, the idea that is much more specific patient data, health care providers will be paid more according to patients’ conditions and their treatments, rather than the number of patients treated. Or “value-based” reimbursement versus “fee for service” based payments. As one doctor told the WSJ, “A clinician whose practice is filled with diabetic patients with multiple complications ought to get paid more for keeping them healthy than a clinician treating mostly cheerleaders.”

These changes have already cost health care facilities a pretty penny and a lot of time. According to the WSJ, hospitals and physician practices “have spent billions of dollars on training programs, boot camps, apps, flashcards and practice drills to prepare for the conversion, which has been postponed three times since the original date in 2011.”

Getting value for your hard earned dollars is ideal for everyone. And this new reporting system may eventually lead to some provider efficiencies. But further complicating an already overwhelmed system does nothing to to put patients in the driver’s seat of their own health care dollars. Instead, the third party bureaucracies will have even more say over how those dollars are used.

For further reading, here is a link to the Wall Street Journal’s searchable database of the 70,000 medical codes.

For a primer on what health insurance actually is, versus what it should be, read our Kitchen Table Economics lesson, “Real Health Insurance Doesn’t Exist.”

Another good overview of the health law and its faults can be found here, “5 Problems that still remain with the federal health law.”