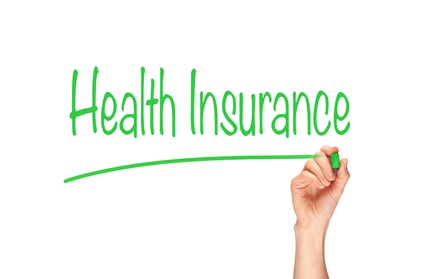 The goal of the federal health law is to get more Americans covered under health insurance. While more people reportedly have health insurance today than before the law was enacted, most are not getting coverage at work.

In a lot of cases, that’s by choice.

To help fulfill enrollment goals, the Affordable Care Act requires companies with more than 50 full time workers to offer employee health coverage or face a government fine. Because employers typically pick up the tab for some of the insurance premiums, it’s understandable why some would be concerned about making ends meet with added costs.

But those concerns may have been somewhat premature. A recent New York Times story suggested fewer employees are taking the offer.

The article profiled the owner of several restaurants with 1,800 workers altogether. He said providing insurance to hundreds of additional non-salaried employees would have cost him more than $1 million. Only two people have signed up so far. This is more common than we might think, considering employers pay 60 percent or more of the premiums:

“But 10 months after the first phase of the mandate took effect, covering companies with 100 or more workers, many business owners say they are finding very few employees willing to buy the health insurance that they are now compelled to offer. The trend is especially pronounced among smaller and midsize businesses in fields filled with low-wage hourly workers, like restaurants, retailing and hospitality.”

Why would workers turn down insurance offered – and partly paid for – by employers?

Some may be covered on their spouse’s work-based plan. But many others, especially those earning lower incomes such as entry-level wages may still consider their share of the premium too costly especially if the health plan has high deductibles or other out-of-pocket costs. So they simply continue to do without health coverage.

Workers who refuse employer-sponsored plans can still buy insurance on the exchanges, but to get government subsidies to help pay for it, they have to prove what they turned down would have cost them more than 9.5 percent of the employee’s household income.

The federal government’s goal to get more people covered is technically being reached, as more people are covered now than before the health law. But the biggest increase in the number of insured Americans is due to Medicaid and government subsidized exchange-based policies – funded by taxpayer dollars. The employer mandate is so far not doing its part to boost numbers of those insured.

And next year, the individual mandate kicks in with penalties of either 2.5 percent of yearly household income or $659 per person ($347.50 per child under age 18) for those who do not have health insurance.

Much of this confusion, uncertainty and expense would likely be unnecessary if the health law set out to fix the real problem with health care – out of control costs, rather than put millions more people onto an already broken healthcare system.