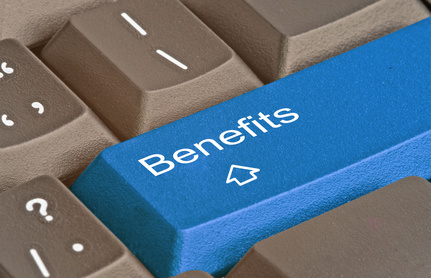 Government watchdogs like the Committee for a Responsible Federal Budget (CRFB) have been sounding the warnings for some time now that money for the federal Social Security is running out. Now the government itself agrees, with the Social Security Disability Insurance program the first to face real trouble. The disability fund is on pace to run dry by the end of 2016 – next year, while the entire Social Security fund slated for depletion in 2034.

The disability fund was included in the Social Security Act of 1935 to help people who cannot work because of a physical or mental condition. Money for the program comes mostly from a 1.8 percent payroll tax on full-time working Americans  – .9 percent from the worker and the other .9 percent from the employer.

Part of the problem is there are many more people receiving disability payments and far fewer full-time workers to cover the gap. In 2000, around five million disabled workers and their families collected disability checks. Now there are nine million.  In 1965, it took nearly 49 full-timers to pay the disability for one recipient. In 2014, it was 15 full-time workers.

In addition, the program took in $115 billion in 2014, but shelled out $145 billion (see chart). At this rate, the disability fund will be forced to cut benefits by 19 percent. Given that government disability checks average about $1,017 per month, this reduction would mean $193 per month less in benefits. 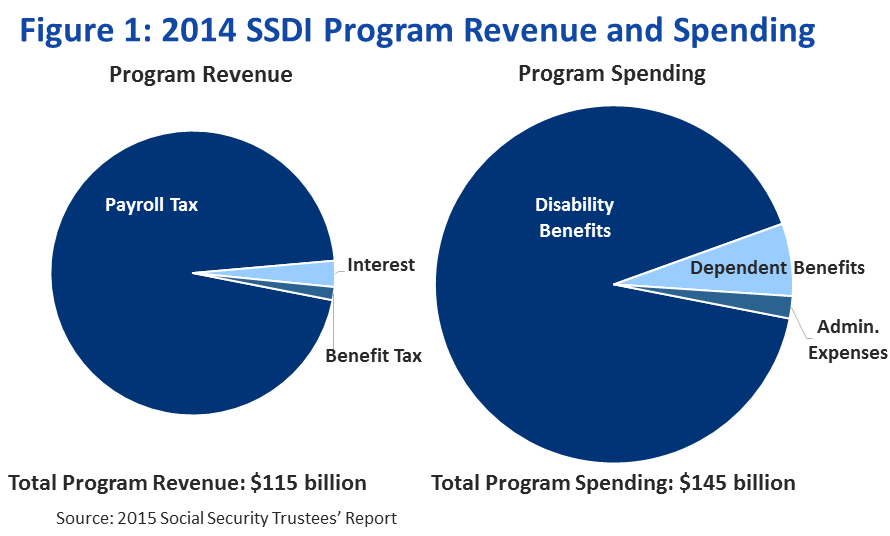 Social Security and disability are certainly well-intended government interventions. But when these interventions become too costly, policymakers need to come up with good solutions if the programs are to continue helping Americans.

Frequently discussed solutions include raising payroll taxes, reducing benefits or a combination of both. Another idea that is often floated around is to take money from the Social Security Retirement fund to shore up Disability. But eventually, people on disability switch over to the retirement benefits anyway, so this solution only shifts money in the wrong direction.

And according to the CRFB, these solutions would only work short term. The group says even an immediate payroll tax increase large enough to replenish all of Social Security would not last, with deficits returning before 2030, just 15 years from now.

Rather than solely turning to number crunching to save disability, policymakers should also evaluate the disability program.

They can start by figuring out why so many more people receive disability today than ever before. Especially since medical advances keep people healthier and more inclusive anti-discrimination laws ensure more job opportunities for people with disabilities.

Just think, if just one-third of the nine million people collecting disability right now made the same amount of money through an employer, rather than the government, they would save taxpayers $43 billion a year. And as taxpayers, they would add money to the Social Security coffers and replenish their own future benefits once they retire.