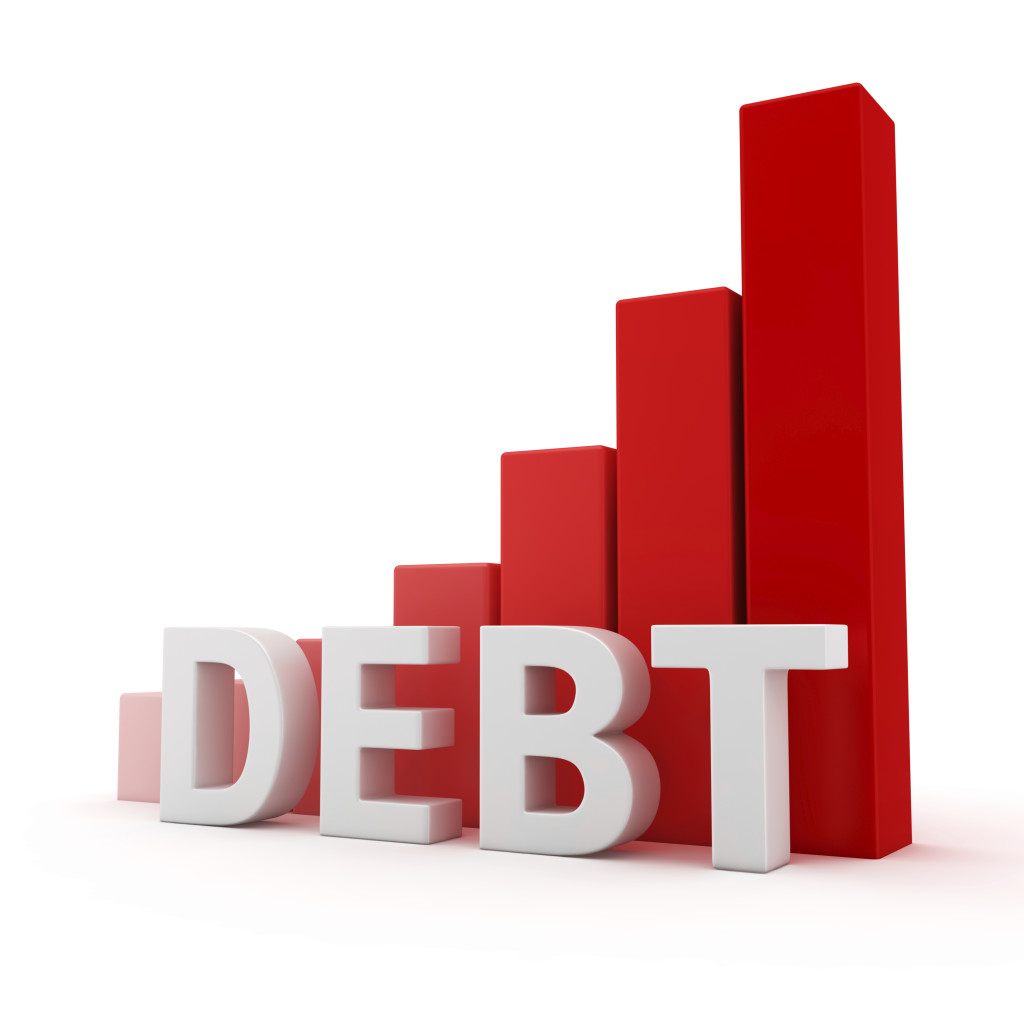 Washington has been busy this week adjusting the federal checkbook with a new, two year budget agreement. It does, however, come with a giant string attached – suspension of the nation’s “debt ceiling.”

We like to see policymakers agree on responsible spending of taxpayer dollars. But we don’t like to see government giving itself permission to borrow even more money when it already owed $18.1 trillion to creditors.

Those creditors, are private American citizens and companies, foreign institutions and countries, the Federal Reserve, and federal accounts. And until this week, the government had a self-imposed limit of $18.1 trillion that it could borrow that had been in place since January. Leaving it in place wouldn’t necessarily reduce the debt right away but it would force policymakers to make some tough spending choices, which, in the long run, could help bring some relief to the red side of the federal ledger.

Instead, it didn’t even take 24 hours from the time the law was signed to suspend the debt ceiling to pile on another $339 billion.

These numbers probably seem too astronomical and distant to comprehend. After all, we can still go about our everyday business without feeling like our own credit cards are maxed out to the tune of trillions of dollars.

But according to the federal budget watchdogs at Fix the Debt, we should be worried because the debt in faraway Washington eventually trickles down to our own jobs, families and pocketbooks. This is because as government debt rises, the debt “crowds out” productive investments in people, machinery, technology and new venture. And without this investment, our economic well-being is threatened in a number of ways. A large debt:

Using numbers from the Congressional Budget Office, Fix the Debt put together this chart that shows how average income will grow more slowly over the next 25 years if debt is on an upward path compared to a downward path.[1] In today’s dollars, that’s $8,000 less income per person. And over a 40-year career starting today, it represents $250,000 in lost income. 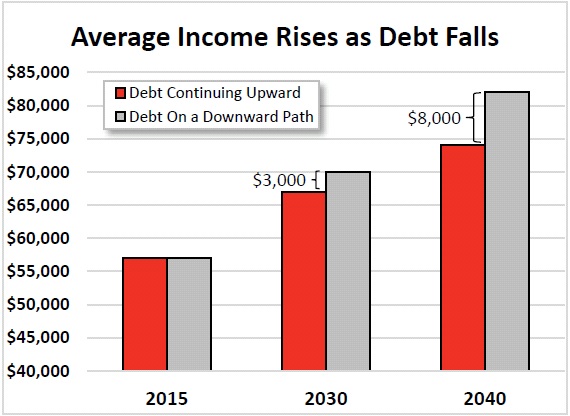 Not only will income levels suffer, but interest rates on home, auto, student and credit card rates will go up as well – an estimated one point higher In 25 years. Fix the Debt estimates this would cost a family with a $300,000 mortgage at least $60,000 more over the course of the mortgage.

The bottom line is that even when we balance our own checkbook, Washington isn’t balancing its own. And unless policymakers tackle the existing debt before adding more, we will eventually feel the pain.

To learn more about the national debt and deficit, please check out our video series, Federal Borrowing,